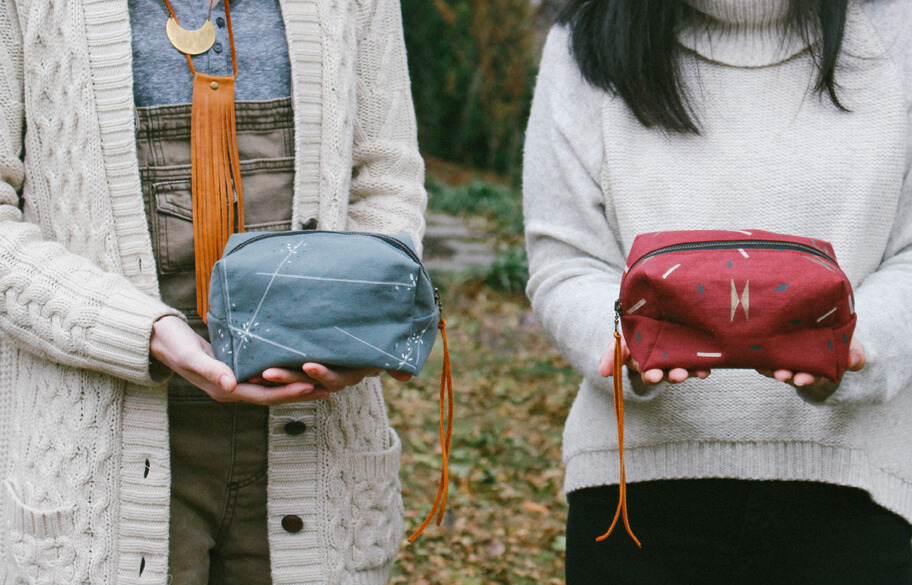 My dear Wikipedia tells me:

A Dopp kit is a small toilet bag, made of leather, vinyl, or cloth, that is used for storing men’s grooming tools for travel. The name derives from early 20th century leather craftsman Charles Doppelt, a German immigrant to the United States, who invented his toiletry case in 1919. The kits became widely known during the Second World War when they were issued to GIs. Dopp kits were once a common gift given to adolescent males as they ascended from boyhood to adulthood.

While ours is not an official dopp kit, the traditional shape served as our inspiration to create these multi-use travel pouches. They are all unique and hand-painted, a great size for makeup, pens, jewelry… whatever daily tools you need to get by. 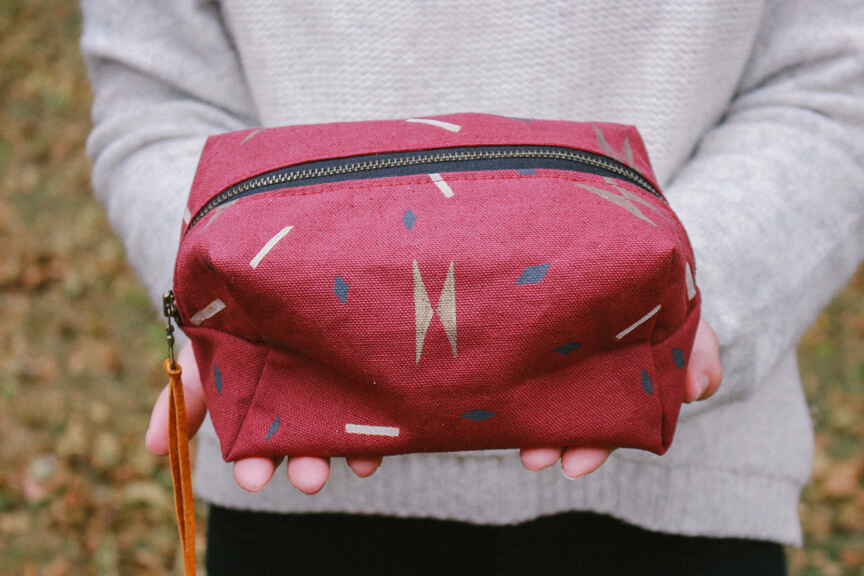 These are currently available at Crafted Westside’s holiday pop-up shop at Westside Provisions, as well as available for custom order. If you’re interested in ordering one, please email me at christina@tideandbloom.com! 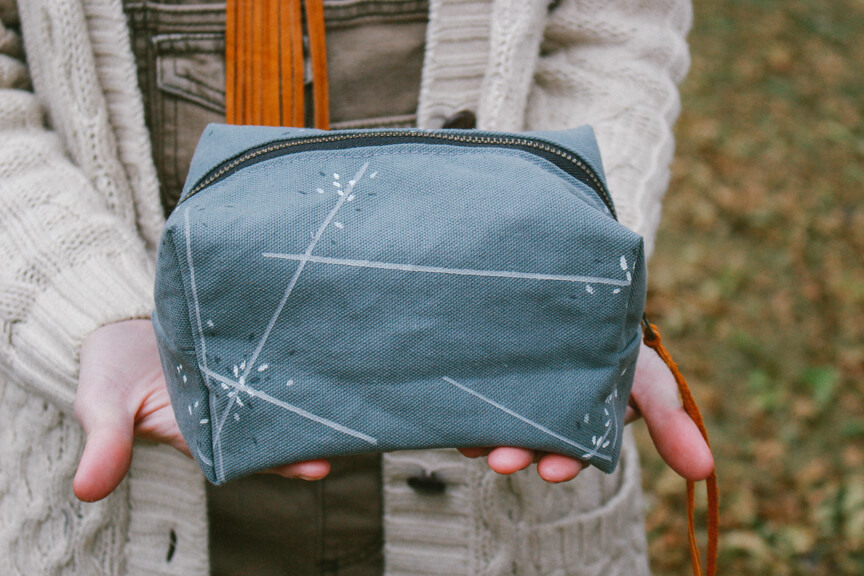 What would you use yours for?

I feel so cheesy when I use the word “synergy”, but that is what comes to mind when I think about this collaboration. Rachael‘s handbags are beautifully crafted, with great attention and care to every detail. Her authenticity comes from the core of her being; she’s one of those girls who just instantly lights up the mood of any room. I’m absolutely humbled by her willingness to share a byline with me, especially when it comes to something as close to her heart as her bags. Together, we present to you a collection of canvas bags that are simple and modern, with a touch of whimsy. 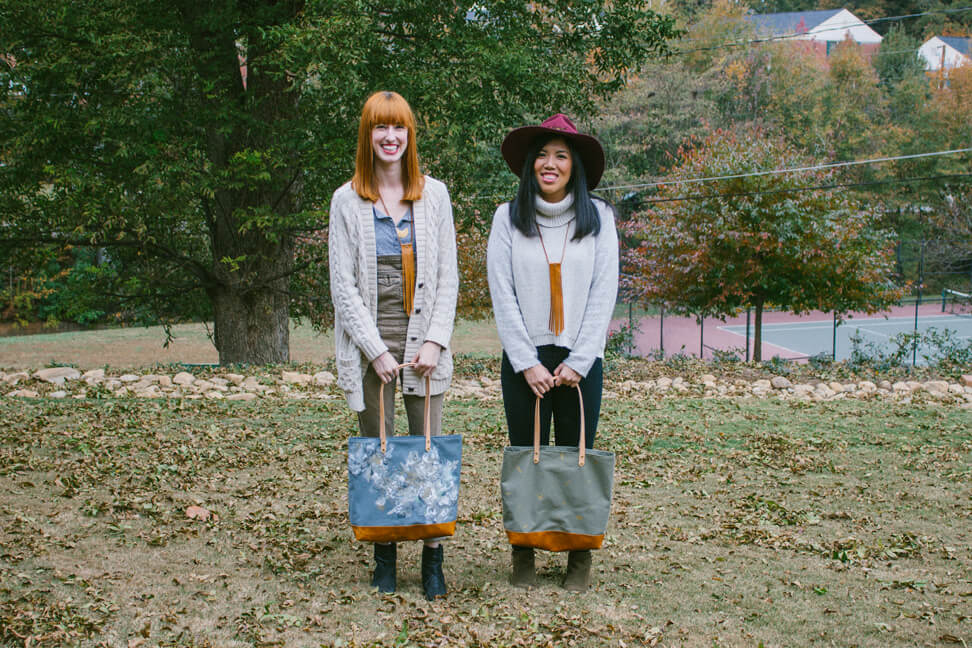 We’ve chosen Crafted Westside‘s holiday pop-up shop – and the internet – as the venue for the premiere of this line. Bag shapes include the tote (pictured here), the clutch, and the dopp kit. Our color palette is grounded in earth tones with flourishes of gold, and the designs are meant to be as functional as they are fun. 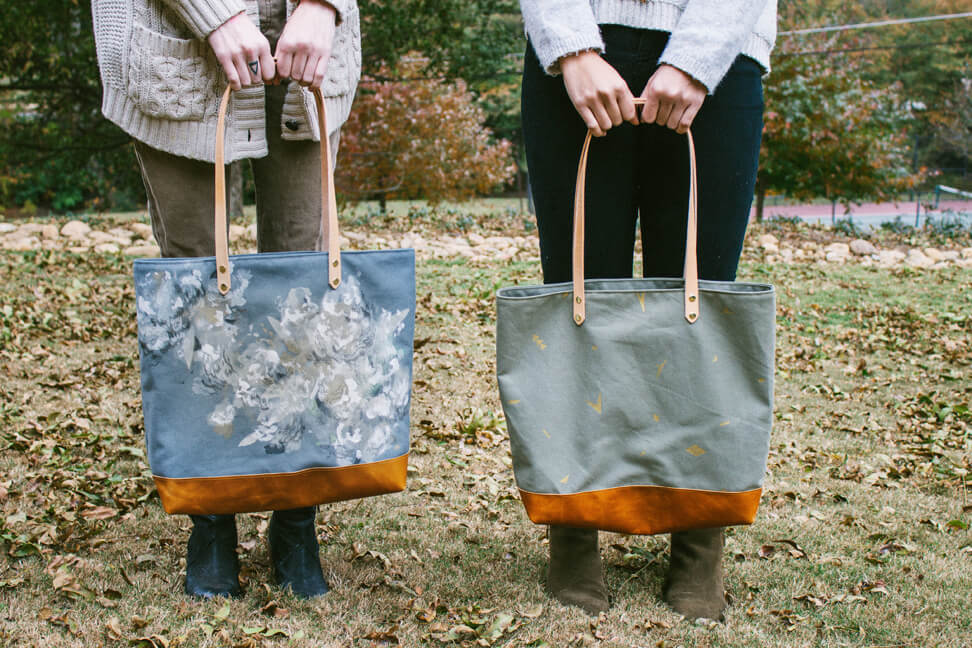 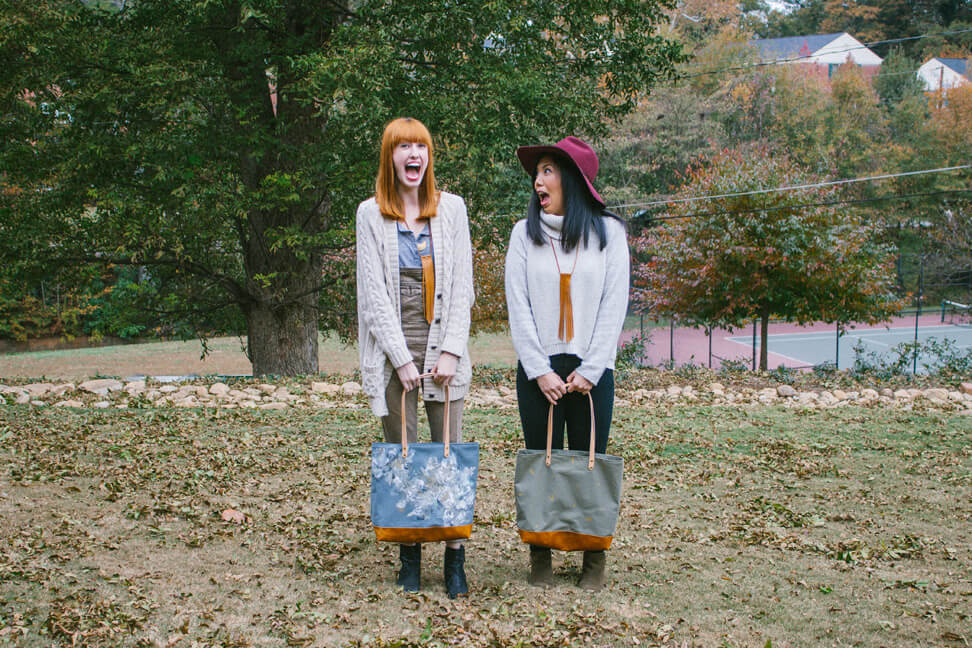 We hope you’ll be as excited as we are! If you don’t live in Atlanta or would like to have a custom hand-painted bag for yourself, get in touch with us and email me at christina@tideandbloom.com. We’re crossing our fingers that this will be a partnership to last – evolving alongside our own individual craft practices. More product pictures to come very soon…