Hello Chicken has been on our list for a little while – it’s on Buford Highway right across the street from some of our BuHi staples. We’ve been waiting for the right night to venture out of our comfort zone in hopes that we find a new gem. The windows are oddly completely covered so we were never able to tell if it was crowded or not, but you know, pictures of chicken wings are sometimes enough. 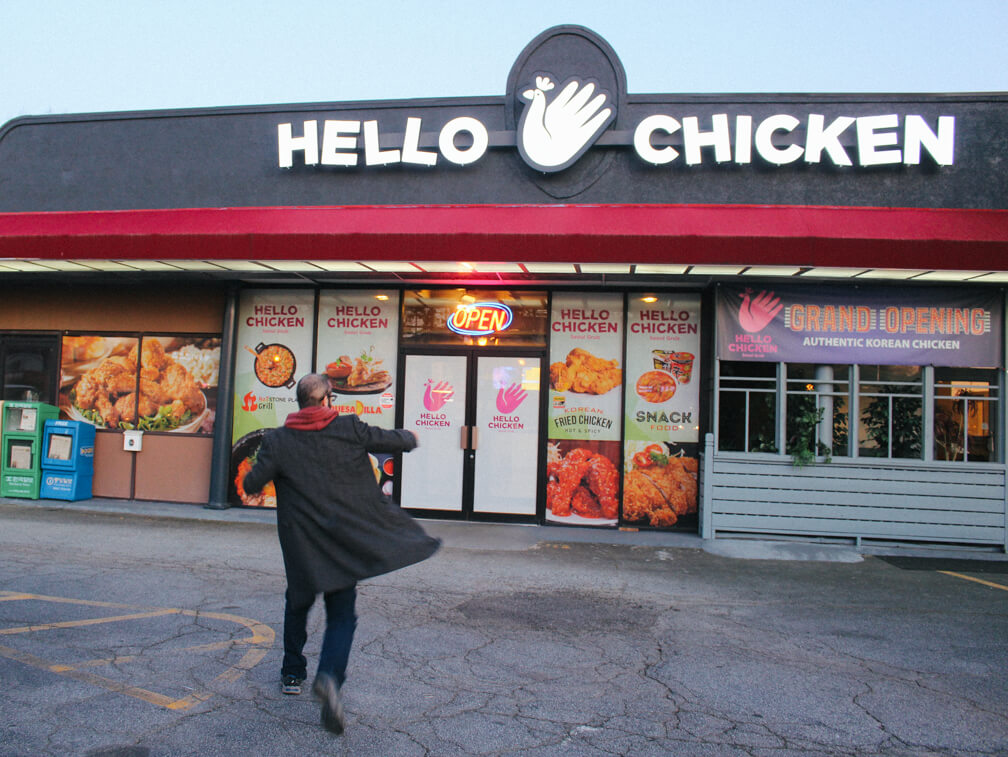 Note, Korean food is not something I’m an expert in. I’ve only recently become exposed to what it’s all about so I don’t think my palate is the best gauge. That being said, I just know what I like. The dish that made my night at Hello Chicken was ironically, not the chicken. It was this build-your-own hot plate bibimbap I ordered! It came out sizzling and I guess I just happened to pick all the right stuff… also, the ability to choose brown rice instead white was a revelation. It browned and crisped at the bottom just the way I like.

So the unfortunate news is that the chicken wings were not great and also kind of expensive. What up with that? We ordered two flavors, I honestly can’t even remember which ones. They came out with potato fingers too, doused in the respective chicken wing sauces. Also, the wings were not just wings – there were random pieces of chicken as well. Neither flavor we had was that good or crispy. With me trying to be at least somewhat disciplined in my calorie intake, these wings were just… not worth it. 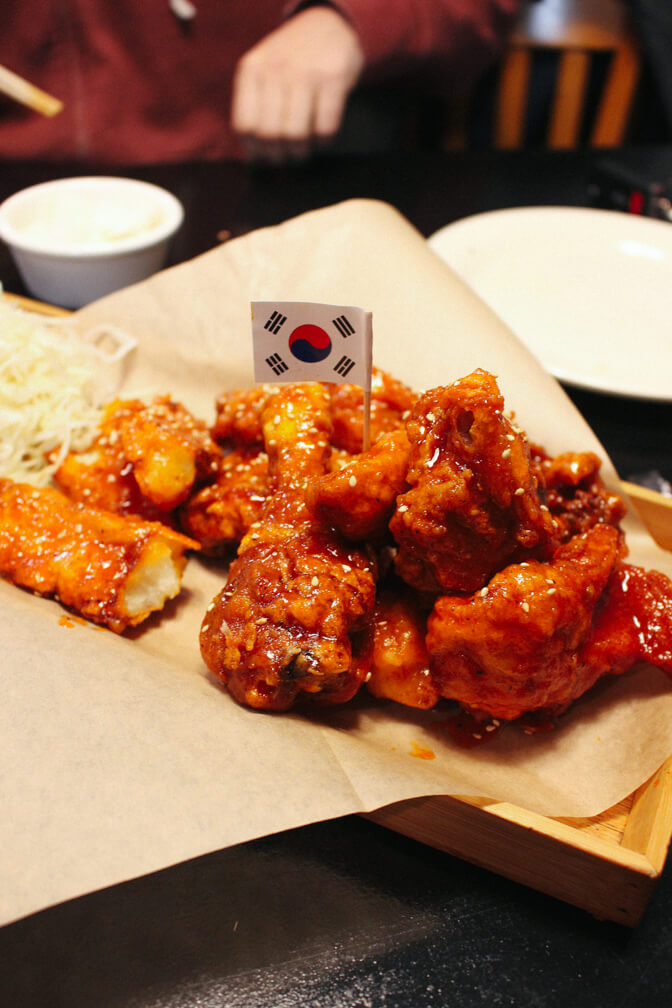 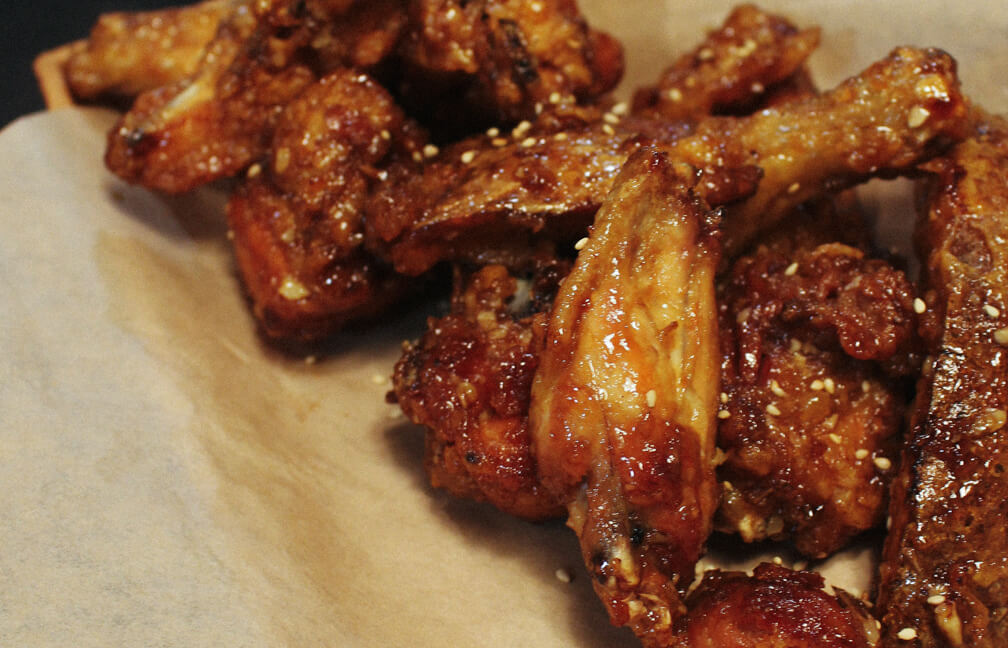 Such a shame! The atmosphere was also sort of weird. They had two tracks of music going on at once – one was K-pop music videos and the other could be aptly described as the worst top 40 songs from the last 5 years. Too much. I would take the K-pop any day. Overall, I would say that it’s great that I know where to get a custom bimbimbap… but bad that I don’t know where to get good Korean chicken wings! Do you know a place? 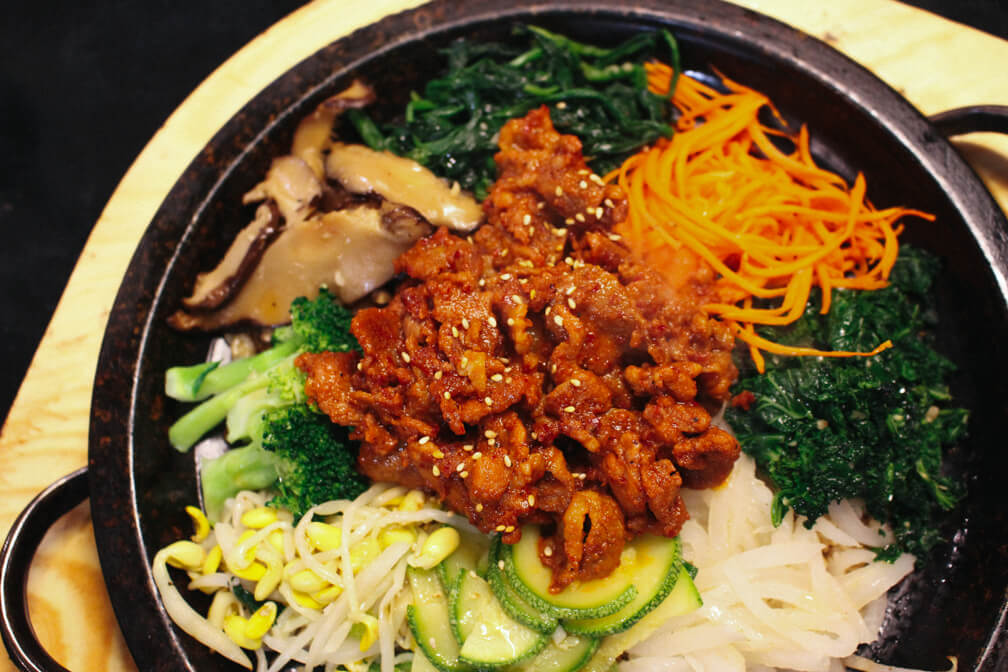